Looking Back: Past Exhibits 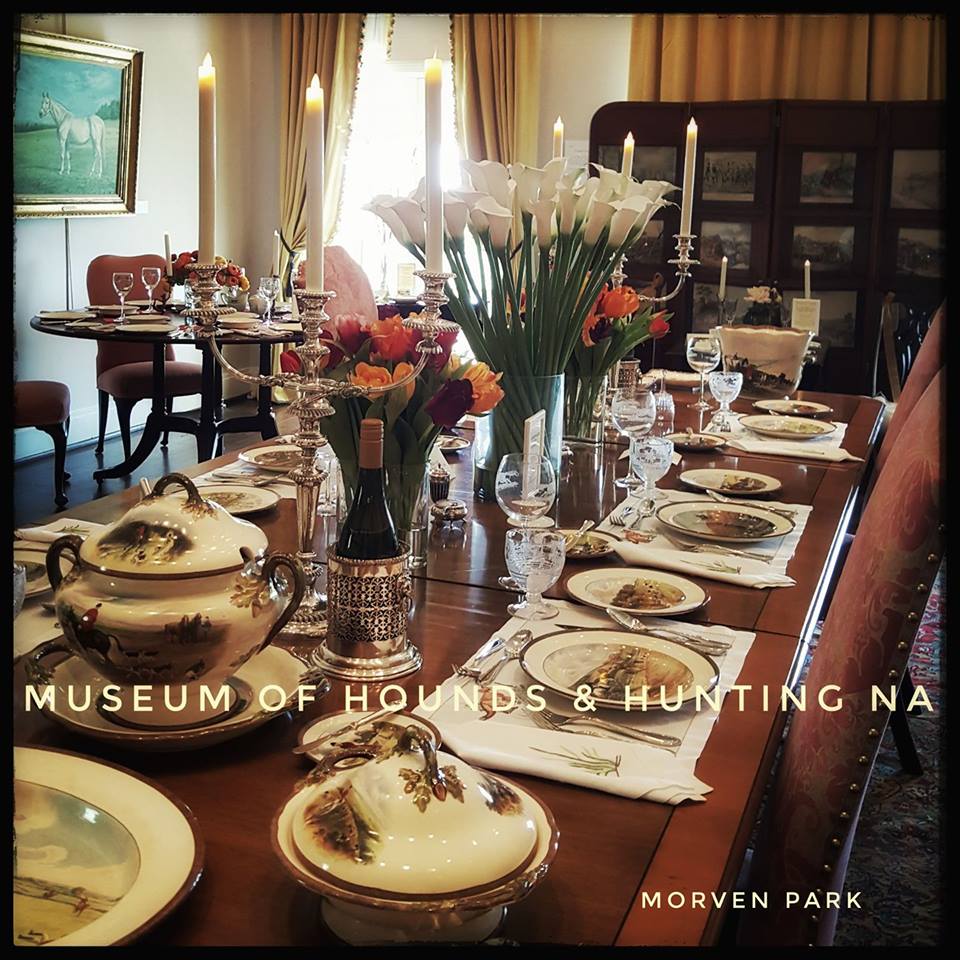 This photo is from one of our best exhibits, “Hunt China.” Curious what’s on display now? 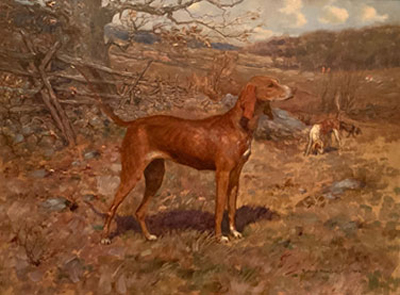 Over 100 years after they were painted, recent research by the MHHNA led to the surprising discovery of both portraits, in a private collection near Savannah, GA. They are unveiled to you virtually at this time. We hope to arrange for an exhibition of these important works, and perhaps a future bequest to the Museum. […]

Describing “Buffalo Bill” Cody in The Colonel and Little Missie, Larry McMurtry makes an adept observation: “…it is hard to overestimate how far a man can go in America if he looks good on a horse.” George Washington, in his lifetime, did not have the wide public audience made possible by Cody’s celebrity and churning […] 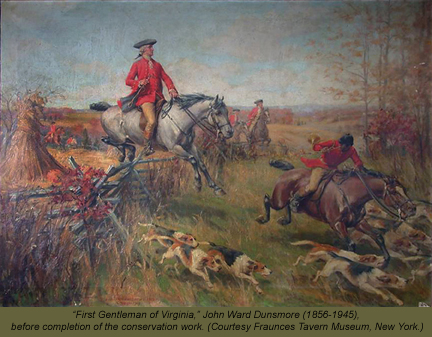 It isn’t often that the opportunity arises to share in the preservation of a piece of American history. When the call went out to help preserve 45 important historical paintings, including several that feature foxhunting enthusiast George Washington, Museum members responded with enthusiasm. The paintings are part of the John Ward Dunsmore Collection at the […] 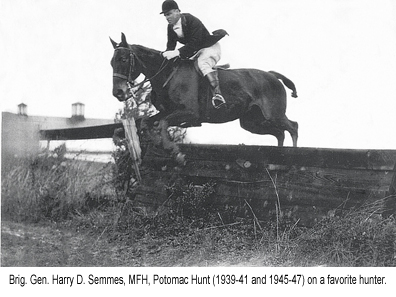 Harry Semmes was not a warrior by nature. Although a friend and contemporary of George S. Patton, Semmes displayed none of the self-promotion nor love of armed conflict embodied by “Old Blood and Guts.” He answered when his country called, in two World Wars, and emerged with an impressive array of medals and citations. After […]

By Scottie Chapman of Wolver Beagles, VA For centuries in Great Britain, individuals, schools, colleges and the armed services have maintained beagle packs. However, in the United States, for the most part, a pack is either privately owned and hunts at the will of its Master, or a pack is a subscription pack, which meets […] 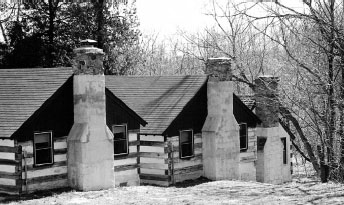 Binns advocated the use of gypsum to stimulate soil productivity. He also encouraged deep plowing and cultivation of red clover in crop rotation. Unfortunately, the Agricultural Institute folded in 1860. James Gulick bought the land and building. An advertisement dated January 1, 1860, listed the “new, large, Commodious building” and “400-500 choice fruit trees” among […]

By Al Toews of Ashland Bassets, VA Comparatively few people in the United States have experienced hunting with a pack of hounds. There are 33 recognized and active Beagle Packs and 16 Basset Packs in the U.S. today. These packs probably have between 1000 and 2000 followers or participants. In England, however, such pack hunting […]

By Al Toews of Ashland Bassets, VA Bassets are “big” dogs with short legs. The Basset appearance as a long, gangly and awkward animal is deceptive as they are in fact a working hound breed, bred to be deliberate, agile, and have great endurance. They are a great deal faster than many people credit. Popularly […] 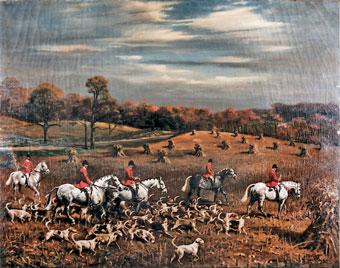 Many hunting-related objects look and feel better with time and use. Paintings aren’t one of them. A century-old painting – faded, dull, cracked, and damaged – is diminished by the eroding influences of time, temperature, light, and pressure. Moreover, restoring a painting to its original appearance requires much more than a bit of cleaning or […]

In Memory of Ruth Ellison Robins

The Advisory Committee of the Museum of Hounds & Hunting North America wishes to thank the family of Ruth Ellison Robins for her contributions to the Museum and the great sport of foxhunting.

In Memory of David Rosenthal 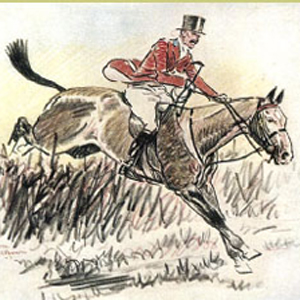 Inspired by Art: How One Foxhunter Came to Sport Contributed by: Ruth Ellison RobinsWritten by: J. Harris Anderson Some modern-day foxhunters were born to the sport. Others, perhaps most, did not grow up in a horse-centered world where riding to hounds was practiced from one generation to the next. For them, the allure of the […]

A seminal event in the history of foxhunting in North America was the Grafton-Middlesex Foxhound Match, which took place in the Piedmont Valley of Virginia in 1905. The two protagonists in this match are among twenty-seven great North American huntsmen or Masters of Foxhounds who carried the horn recognized in the Museum’s Huntsmen’s Room. These […] 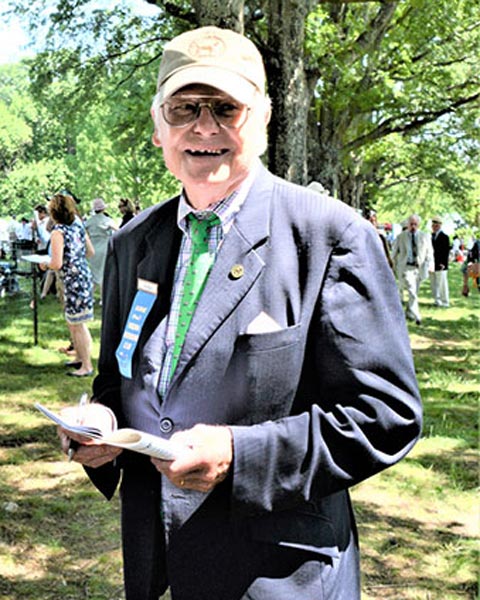 Museum Founder – John J. Carle II, ex-MFH, Dies at Age 82 A well-respected member of the North American hunting community, one of the founding members of the Museum, Jake Carle, as he was known to all – could undoubtedly be called a dyed-in-the-wool hunting man. In 1985 as a Museum founder, Jake helped to […] 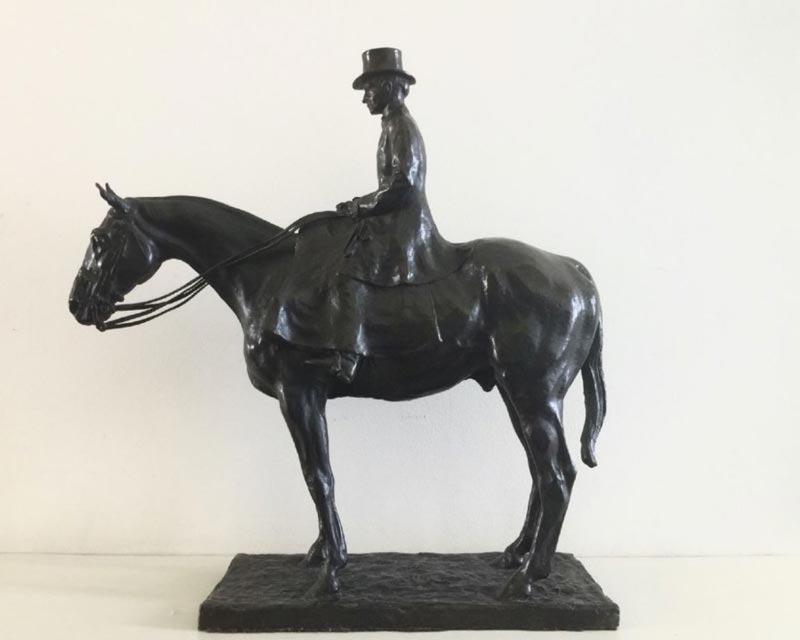 Surrounded by highly creative individuals, the artist Charles Cary Rumsey thrived during his childhood, showing great promise even at a young age, his sculptures later being described as showing an abundance of “life”. This talent spurred his parents to take him to Paris to be educated further in sculpture and resulted in a two year […] 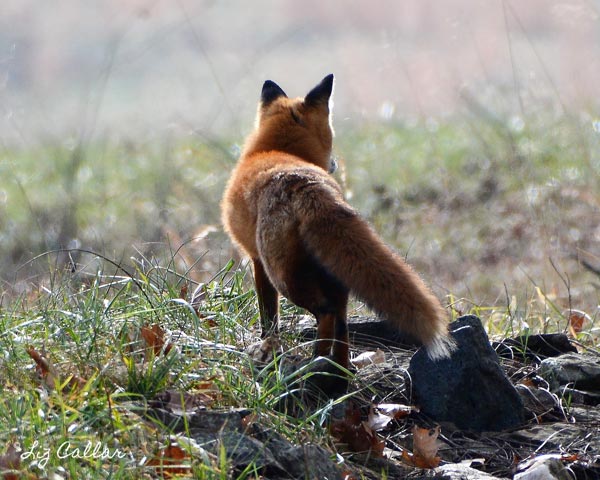 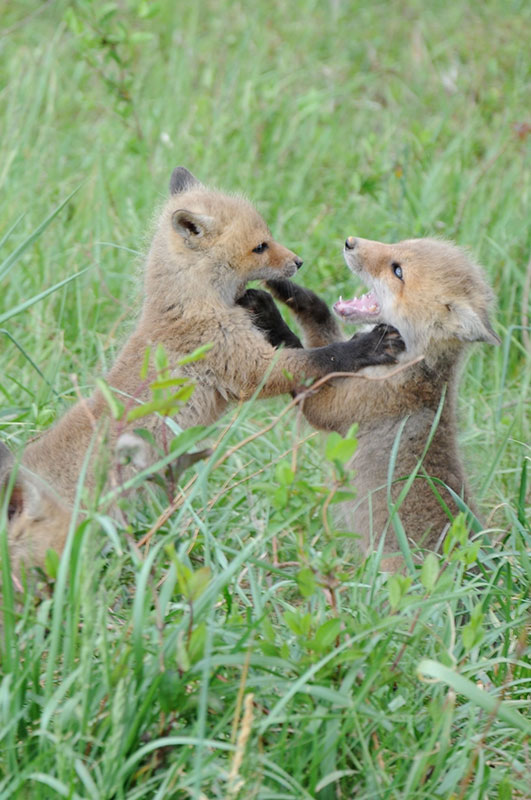 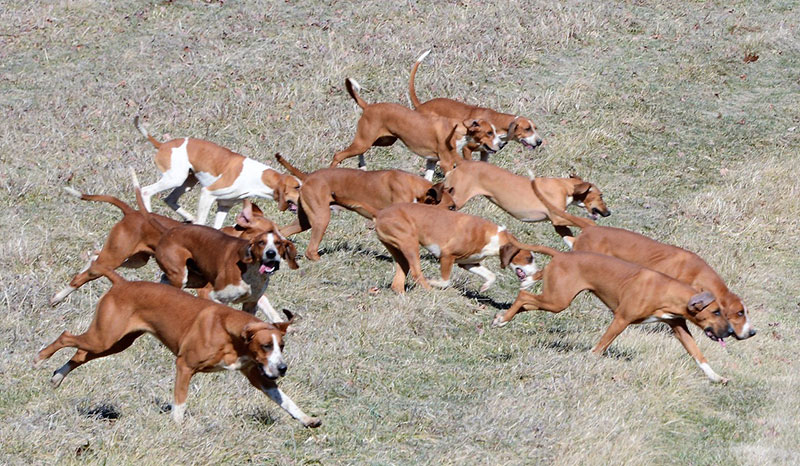 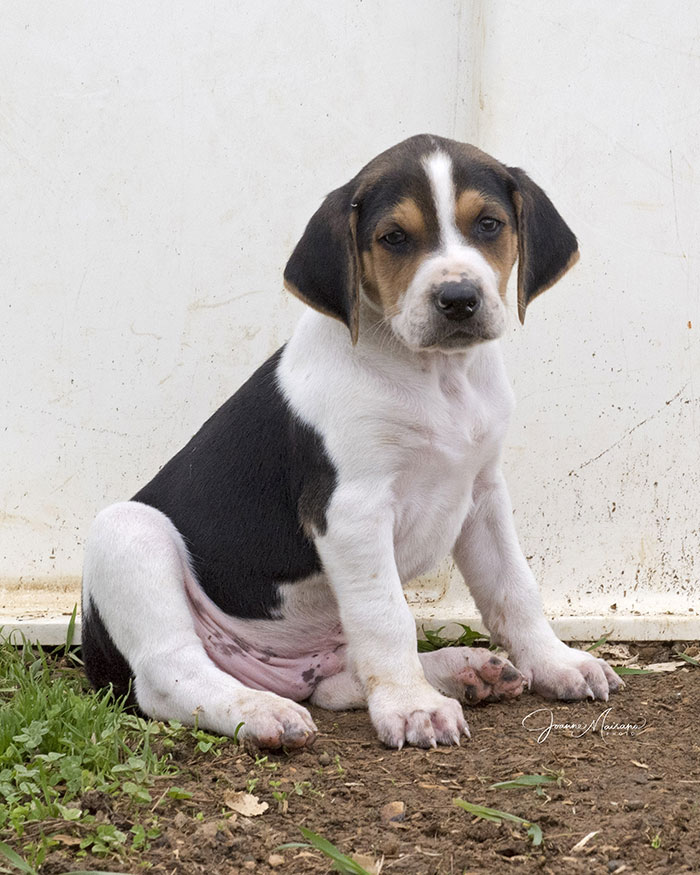 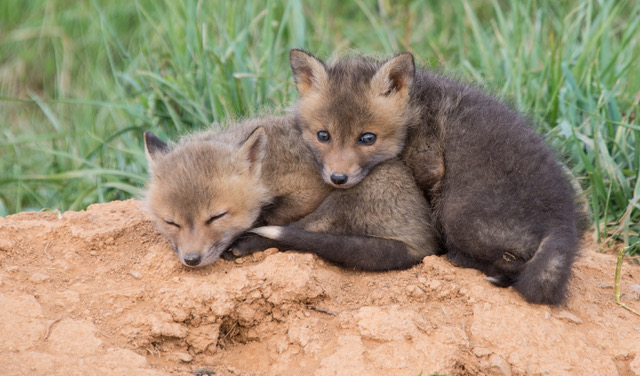 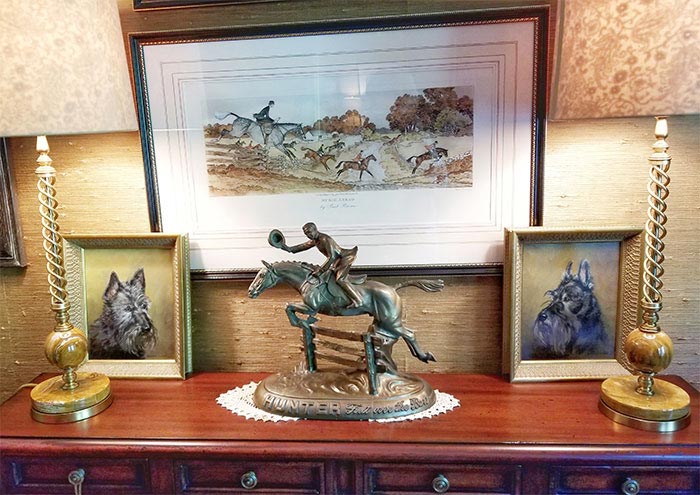 Hunter: First over the Bars A favorite of Marion Maggiolo This popular statue, made for the Hunter Whiskey Company, has been in my living room for 20 years. I have another, made as a lamp, in the office at Horse Country. It reminds me of Paul Brown; anyone would want to ride, hunt or show […] 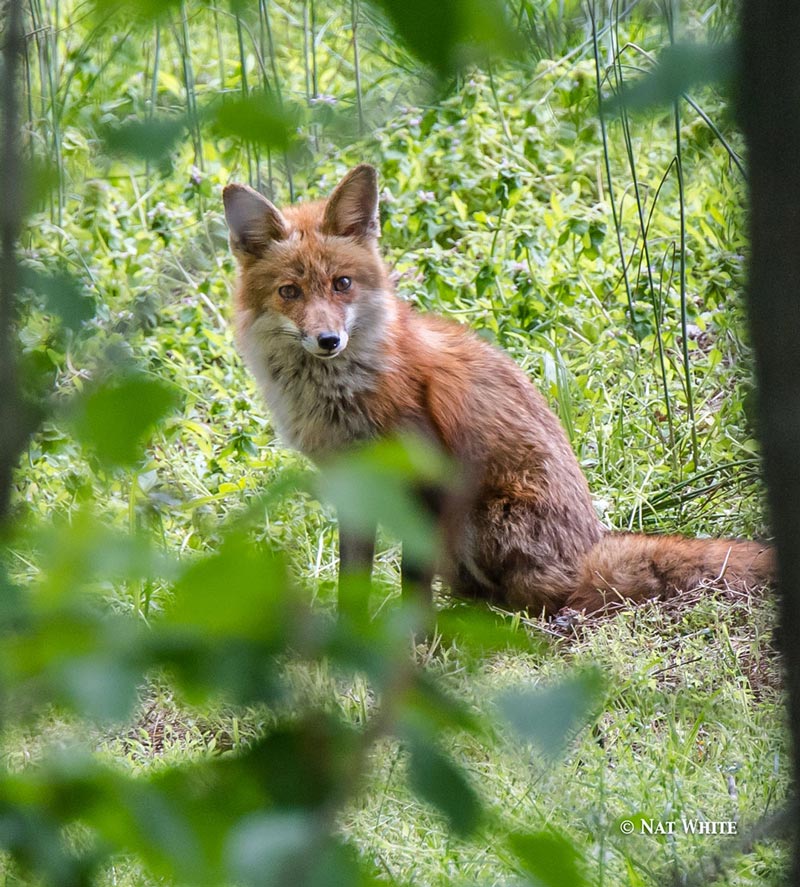 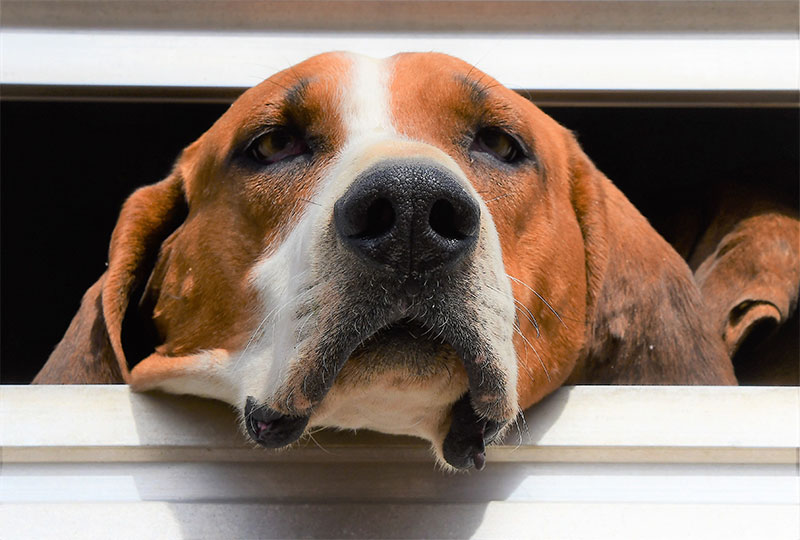 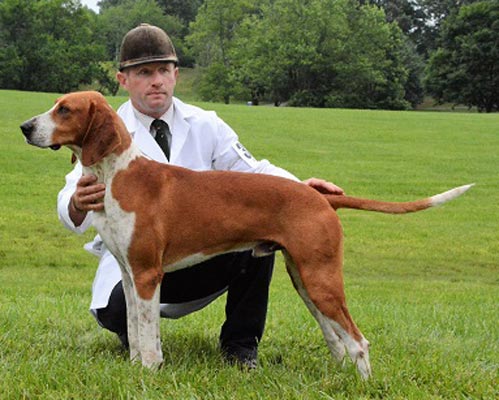 Kermit is a big, exuberant dog who aims to please. The hound is playful—he jumps around a lot, and wags his tail. He’s observant with watchful eyes and, in the presence of his master, Orange County Huntsman Reg Spreadborough, obedient. “He’s probably the finest American foxhound I have ever seen.” said Martin Wood, MFH of […]

Three museums—the Museum of Hounds and Hunting North America, the Masters of Foxhounds Association and Museum, and the National Sporting Library and Museum—all located in Loudoun County, Virginia, seem to be a cause for confusion amongst some North American foxhunters. With a “Museum” sign on the new MFHA office building in Middleburg, Virginia, Museum of […] 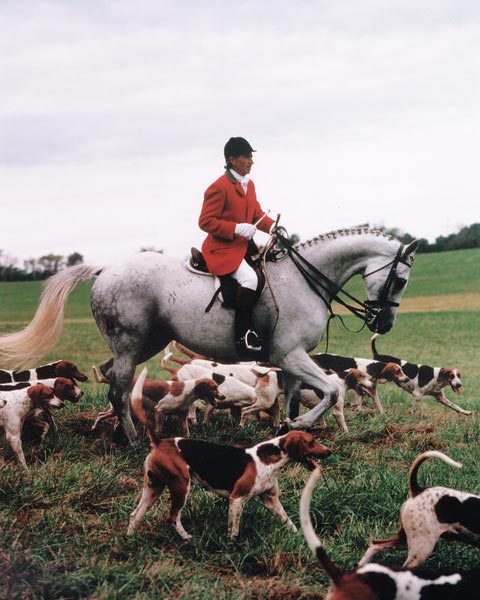 7/8/1931 – 5/18/2019 Served as Huntsman for Piedmont, Fairfax, Middleburg and Foxwood Hunts. Inducted into the Huntsman’s Hall of Fame at the Museum of Hounds & Hunting at Morven Park in 2011. Breeder of American Foxhounds. Laid to Rest at Leeds Cemetery, Markham, VA 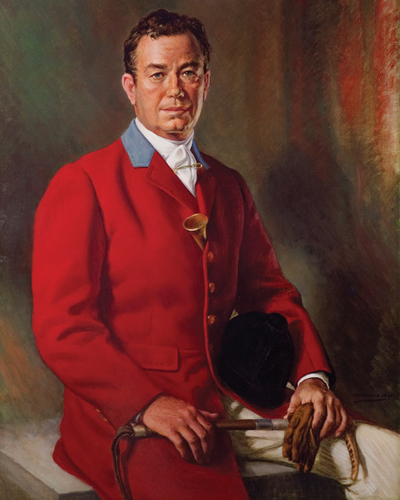 1919 – 2017 A member of the Huntsmen’s Room of the Museum of Hounds & Hunting North America in 2009, Benjamin H. Hardaway passed away on October 19, less than a month after celebrating his 98th birthday. Hardaway served as living proof the hunting gene exists in human DNA. He certainly possessed drive, and no […] 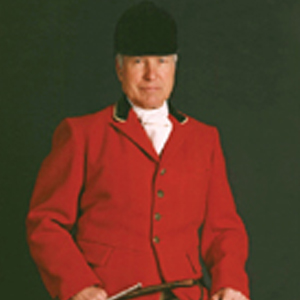 It is with great sadness and tremendous respect that we report the passing of Sherman P. Haight, Jr, ex- MFH and founding director of the Museum of Hounds and Hunting of North America. He was Past President of the MFHA, and responsible for the foxhound conformation standard still in use today. He was a founder […] 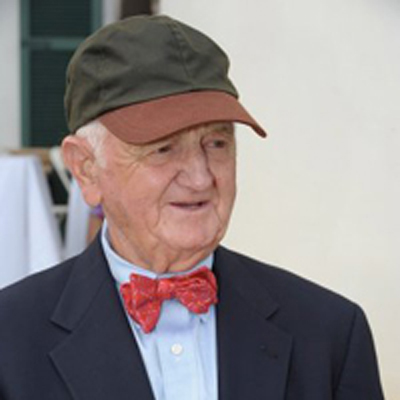 A Legend in His Time The MHHNA, Inc. sadly notes the passing of Melvin Poe, an American foxhunting legend. He died at his home in Hume, Virginia, on September 13, 2014, at the age of 94. Born into a large family of hound breeders and hunters, Melvin began his career as a professional huntsman after […]

In Memory of Peter Winants 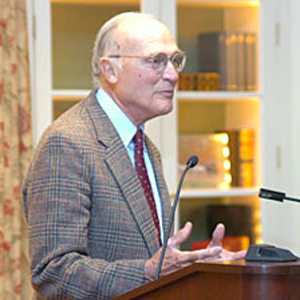 July 21, 1926 – May 18, 2009 By J. Harris Anderson A native of Baltimore, MD, Peter Winants grew up immersed in the world of horse sports. Following his father’s death when Peter was five, his mother married legendary horseman S. Bryce Wing. In 1938 Winants witnessed the famous match race between Seabiscuit and War […] 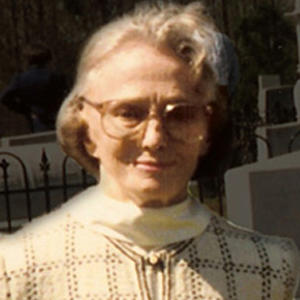 May 15, 1920 – April 30, 2009 Courtesy of: Van Schaack Family Born in Birmingham, Alabama, Margaret van Schaack was a daughter of Dr. Daniel Caldwell Donald and his wife Annie Hargrove. Educated at Duke University, she did graduate studies in Interior Design at The New York School of Design with further studies in Conservation […] 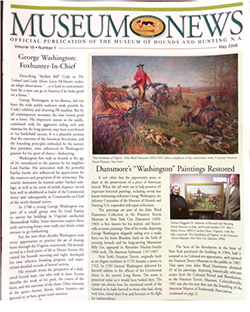 In Memory of Pamela Ohrstrom 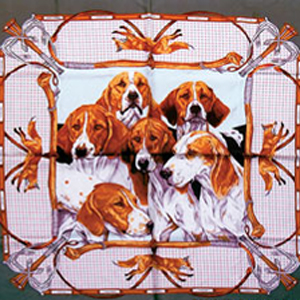 May 18, 1947 – September 4, 2005 By J. Harris Anderson Well-known artist/designer Jane Gaston first met the late Pam Ohrstrom several years ago. Jane was riding Pam’s horses, including hunting them with Orange County Hunt, while Pam was recovering from an injury. Jane had already designed a scarf for Casanova Hunt and this led […] 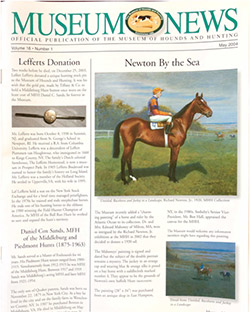 In Memory of Janice Lee Ruetz 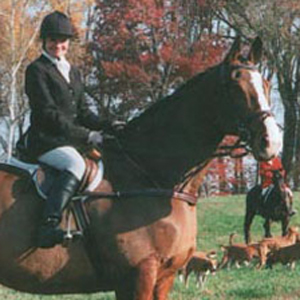 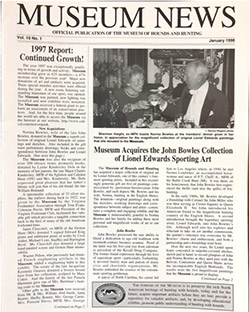