Message From the Chairman

The Museum of Hounds & Hunting North America has exciting news! We’ve redesigned the museum website, a venture made possible by a continuing generous contribution of the Flowers Family Foundation. Mark your calendars for the upcoming Huntsmen’s Room induction ceremony from 4 to 5 p.m. on May 28, at Morven Park, followed by the annual Museum reception.

Our newly-designed website provides opportunities for members, guests, and researchers to interact with hunting artifacts, read the history of hounds and hunting, review essays and research papers, and consider educational content and activities. Navigating the website is more intuitive so viewers can expand their knowledge of the sport. The Memorial Reading Room on the new website is a wonderful way to engage with a variety of books, papers, articles, maps and videos that extend understanding of hunting with hounds. The website also includes all inducted Huntsmen’s booklets. Learn how each huntsman made vital impacts to the sport of foxhunting in North America.

The mhhna.org website can now securely process memberships and additional donations online. Or, if you prefer, you can fill out the attached membership form and send it in.

As a 501(c)(3) nonprofit organization, the MHHNA relies on a variety of funding. Every form of support is appreciated; each person who says “yes” to membership adds force to the collective effort to “preserve the rich North American heritage of hunting with hounds, for today and for the future.” We encourage you to join or renew your membership.

We are very excited about this new website, the Huntsmen’s Room induction, and we welcome your feedback. We hope to see you on May 28, 2022!

The Museum of Hounds & Hunting, Inc. opened on May 24, 1985 in the north wing of the stately Mansion at Morven Park thanks to a small group of sporting enthusiasts. They conceived the idea of the Museum in order to preserve the art, artifacts and memorabilia of a centuries-old sporting tradition.

Seeking to acquire important and valuable artifacts before they are lost, the Museum provides a special place for the preservation and display of the sport’s rich history and by developing educational exhibits, promotes public understanding of hunting with hounds and Land conservation.

To preserve the rich North American heritage of hunting with hounds, for today and for the future; acquire important artifacts before they are lost; provide a repository for precious objects; and, by developing educational exhibits through research projects, present hunting with hounds through the sport’s historical, sociological and cultural heritage.

The estate, off Rt. 7 on Old Waterford Road, was home to two governors: Thomas Swann, a governor of Maryland in the 19th century, and Virginia’s reform governor Westmoreland Davis.

Morven Park was the last home of Governor Davis, who served his gubernatorial term from 1918 to 1922, and his wife, the former Marguerite Inman of Atlanta, daughter of a wealthy New York cotton broker.

Thirteen years after his death in 1942, Mrs. Davis established the Westmoreland Davis Memorial Foundation as a memorial to her husband and the estate was opened to the public in 1967.

The mansion, a focal point of the estate, evolved from a fieldstone farmhouse in 1781 to its present turn-of-the-century appearance. It is actually three structures moved together. Visitors enter the mansion through a Greek Revival portico to see a Renaissance great hall, a Jacobean dining room, a French drawing room, a library and a display which highlights the life and times of Governor Davis.

Because the Davises traveled widely, the furnishings are of varied styles and eras, including 16th century Flemish tapestries, Renaissance and neo-Renaissance pieces, l’art nouveau, silver and glass, fine paintings and porcelain figurines collected by Mrs. Davis. 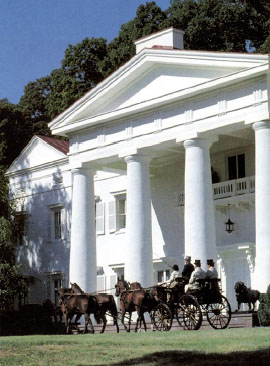 Make a donation to the museum

When you give an unrestricted gift to the Annual Giving appeal, you become a vested partner in the Museum’s mission. The member’s response is direct recognition by the donors of the importance of our programs and projects. 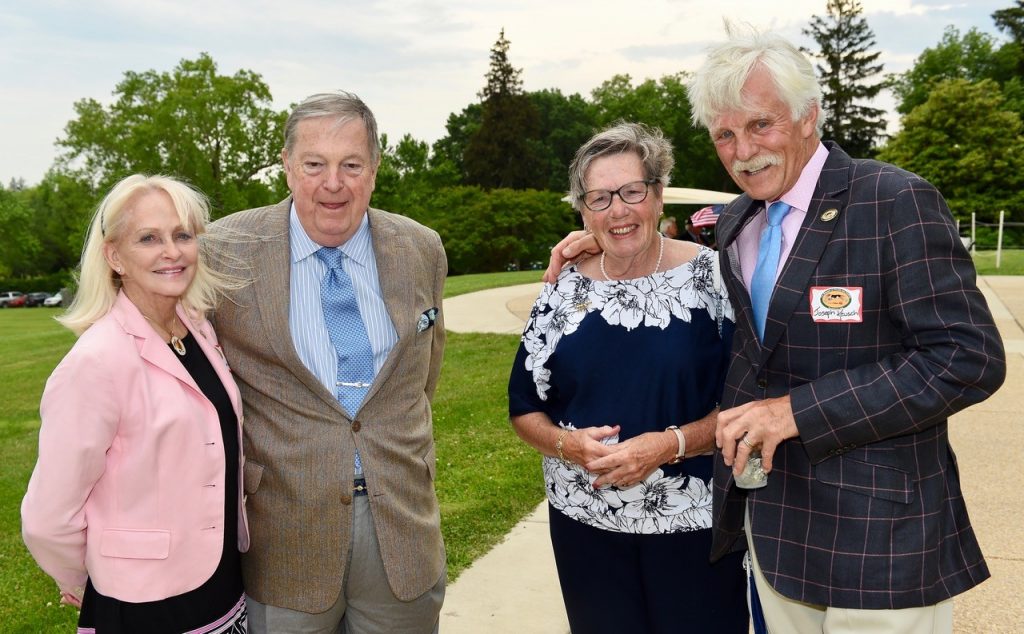 Our membership represents a group that is both diverse and united.

The diversity is reflected in the range of reasons that bring people to the Museum of Hounds & Hunting North America. The unity is found in the single-minded purpose to preserve and promote the art and artifacts of hunting with hounds in North America.

The membership is, of course, well represented by those from the foxhunting community; active participants who ride to hounds, former hunters who still follow and support the sport, and non-hunting friends who appreciate and value this way of life. Also under the hunting banner are those who subscribe to beagle packs, members of hunts whose hounds pursue coyote rather than foxes, and foot followers who hunt behind bassets and other harehound packs.

Ready to plan your visit?

Learn everything you need to know before you go.