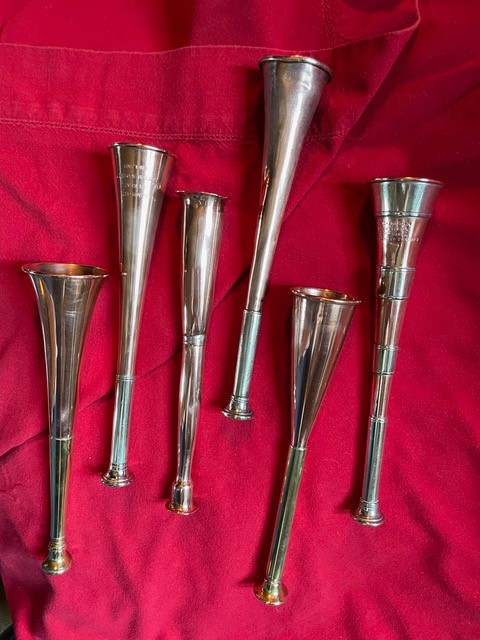 Bequest to the Museum of Hounds and Hunting from Brenda V. Milne 2021 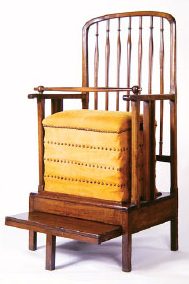 Mahogany curvilinear chair featuring a leather covered “springy” seat with horsehair interior padding. It was used for posting exercise, to maintain riding muscles, on inclement days. For 20 or 30 minutes, the “rider” sat upon and bounced up and down on the Chamber Horse. A sliding safety bar was secured across the chair arms to […] 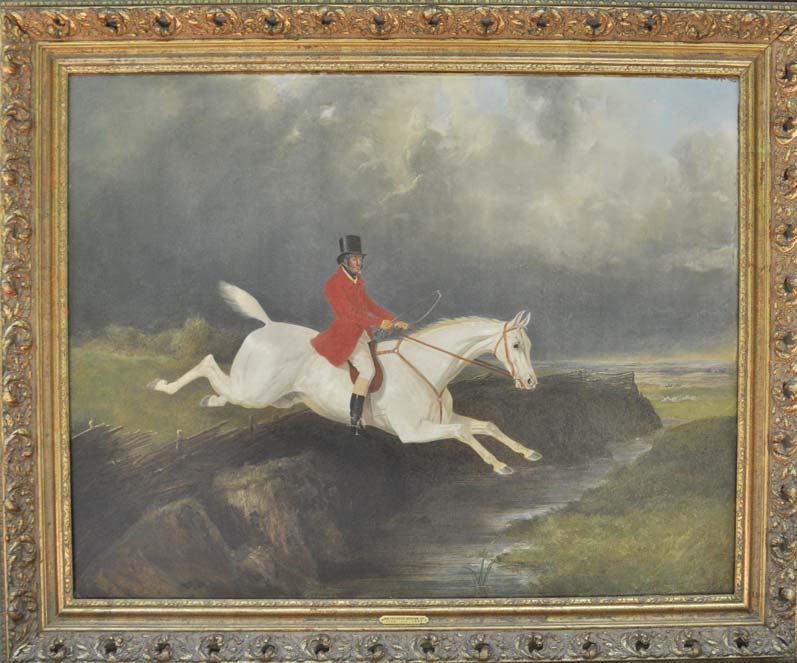 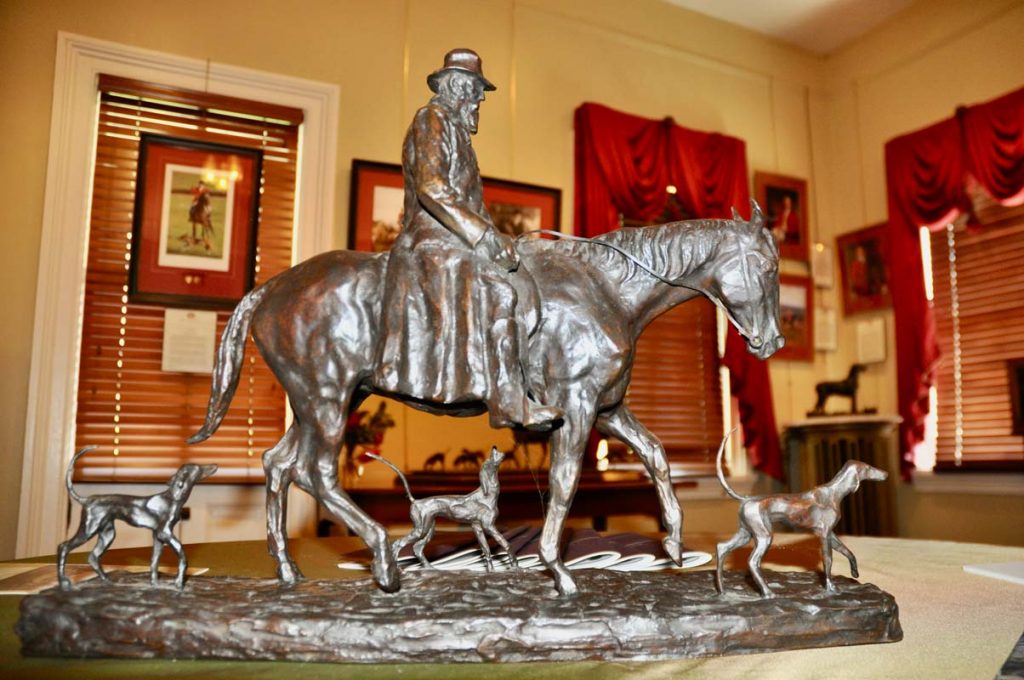 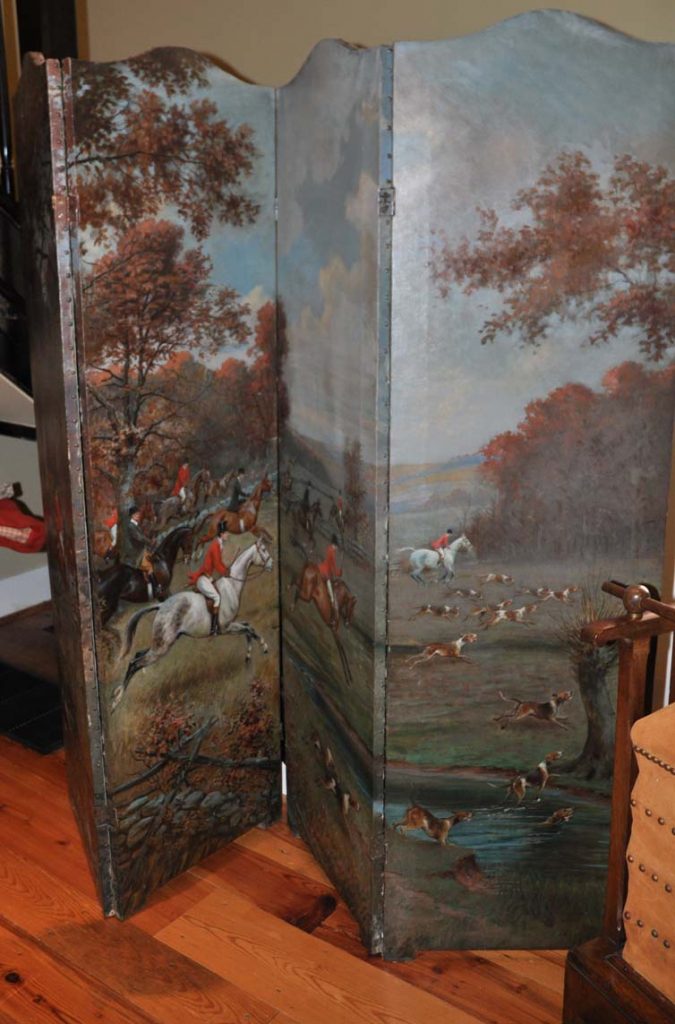 Oil on canvas four-panel screen. The scene is of the Blue Ridge Hunt. The artist served as the first Master of Foxhounds of the Suffolk Hounds, Long Island, in 1908. Newton was the third artist in the Museum’s Sporting Artist series of exhibitions. 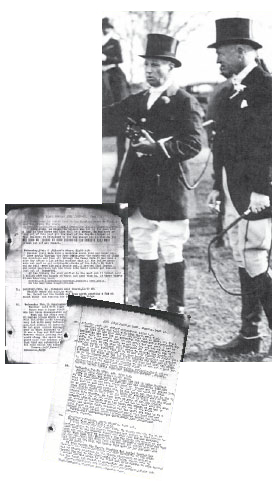 On the General’s first day as MFH of the Cobbler Hunt, they “ran for twenty minutes over some big fences and ran to earth on the hill west of James Gibson’s.” In another account, he writes “Ben took the best jump I have ever seen out of a lane with a marsh in front of […] 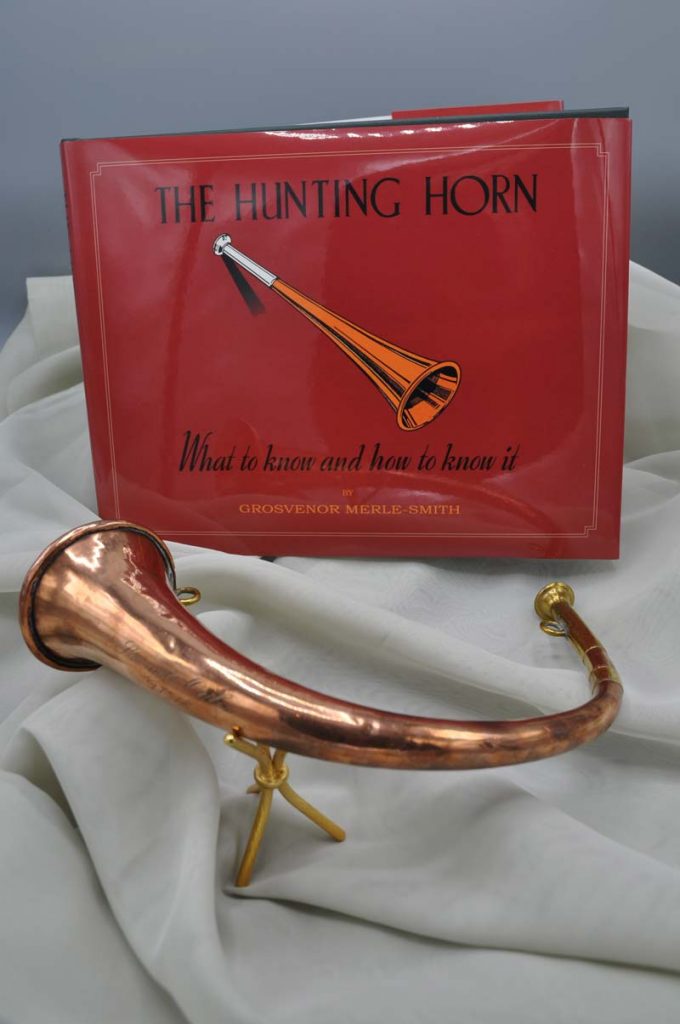 A graceful curved copper and brass horn that once belonged to Samuel Ogle, Proprietary Governor of Colonial Maryland, and inscribed with his name and the date, 1731, is the glowing centerpiece of the Museum’s collection. Its significance to the sport of foxhunting is far-reaching. The Samuel Ogle horn is a tangible symbol through which Museum […] 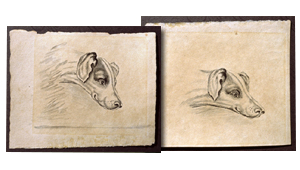 The watercolor sketches of Mountain and Muse, like other works of art on paper, require special care and conservation. Years of exposure to light can harm paper objects and fade watercolor pigments. Heat, humidity, dust and temperature also play a role in affecting art objects. Artists in the past often unknowingly worked on paper with […] 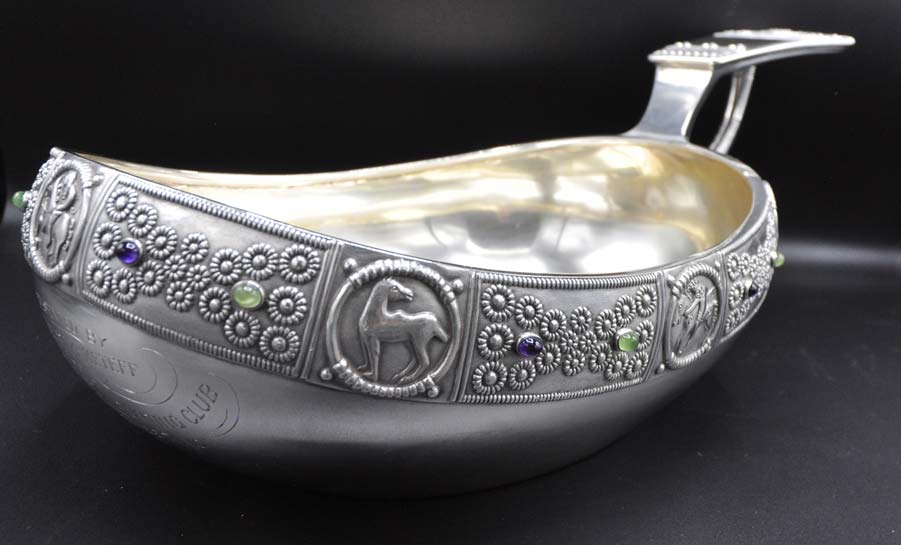 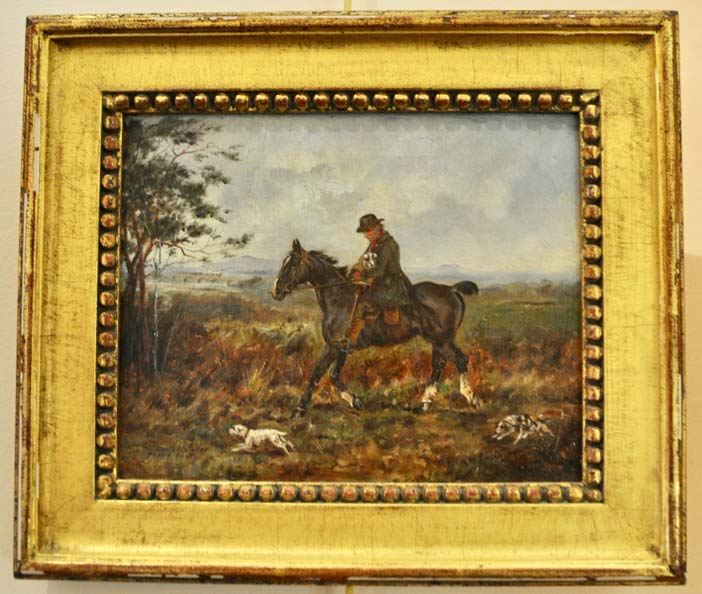 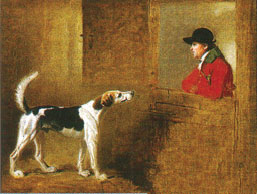 Portrait of Tom Seabright, Huntsman of the New Forest Hounds and Jasper, bred by Lord Egremont Shortly after the portrait was painted, it was reproduced in an engraving by Scott, published in the June 1803 issue of The Sporting Magazine. The engraving was accompanied by the following commentary: “…Jasper was, when young, consigned to Mr. […] 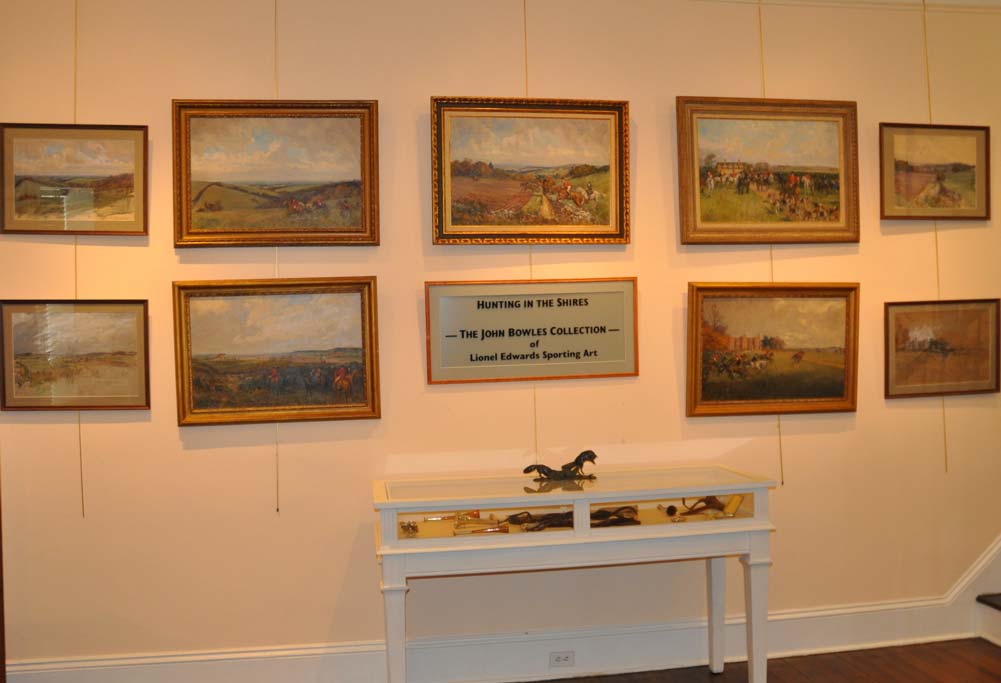 Original art by Lionel Edwards, one of the twentieth century’s foremost sporting artists. Included in this generous gift are five oil paintings commissioned by sportsman-businessman John Bowles, and each depicts Mr. Bowles and his wife, Norma, hunting in the English Shires. The donation—five original paintings, along with sketches, working drawings and correspondence between subject and […] 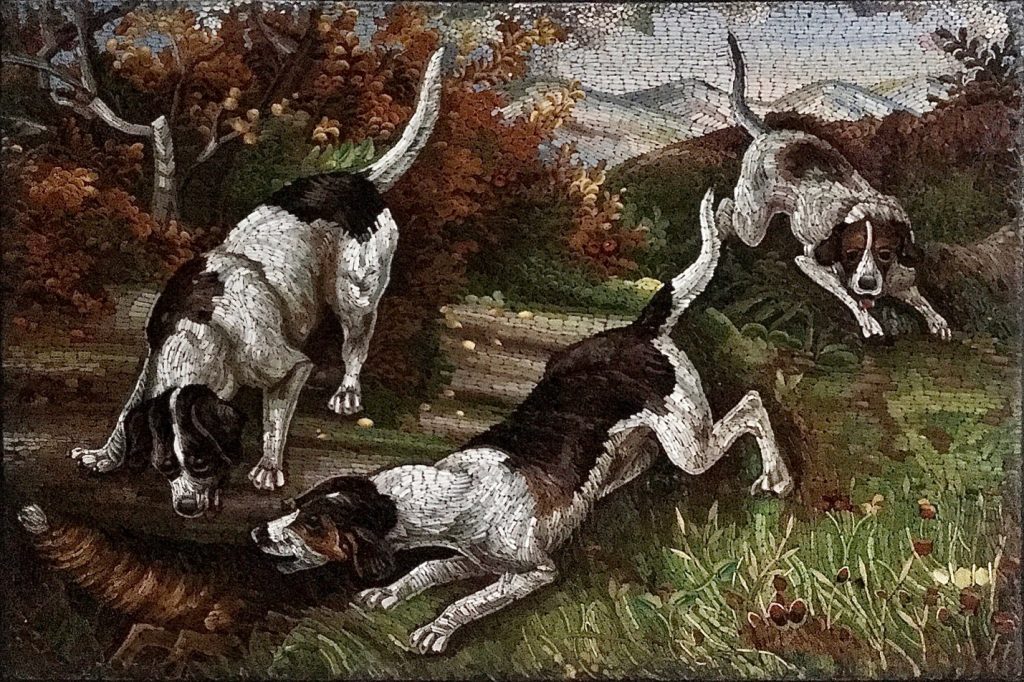 A Micro History of Miniature Mosaics by A La Vielle Russie After Napoleon’s 1814 defeat, Europe became open to tourism once again. Italy was the most popular destination, where tourists flocked in pursuit of works of art. Souvenir purchases often included copies of masterpieces and also jewelry in the form of cameos, intaglios, and, most […]